Have Cars Become Safer in the Past 60 Years? 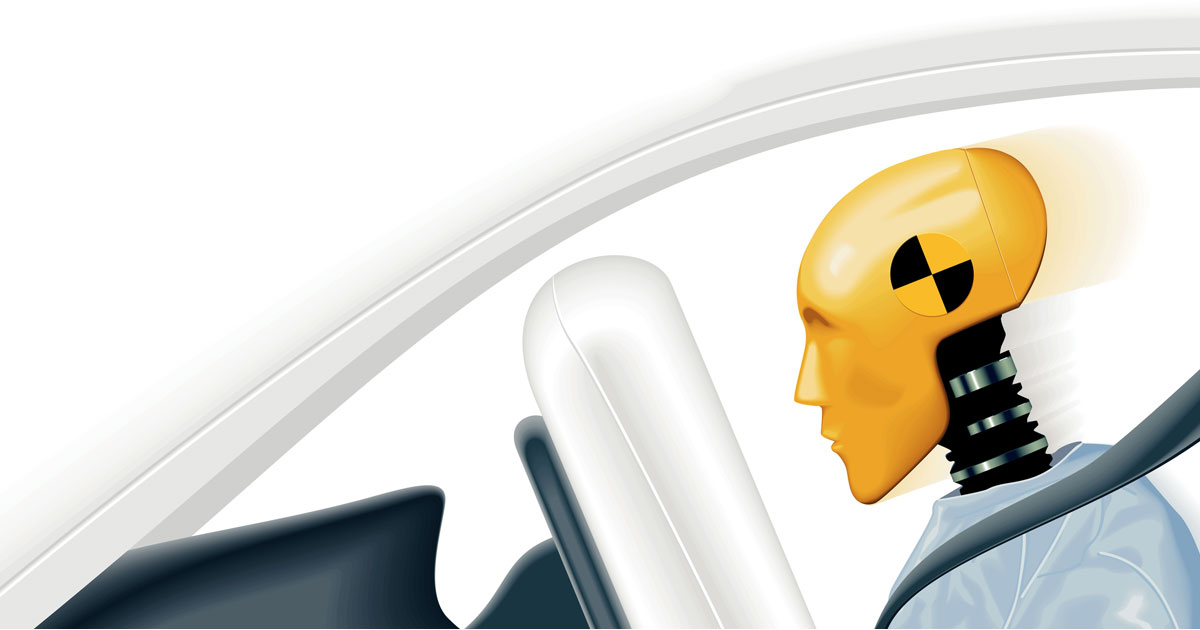 Modern vehicles are built with improved safety in mind. In addition, technology is helping to make vehicles of all kinds safer than ever.

Better designs and improved safety systems have made cars much safer over the past 60 years. The National Highway Traffic Safety Administration (NHTSA) says fatal car accidents in 1960 occurred at a rate that is five times higher than today. However, there are many more drivers and vehicles on the roads today.

With the nation averaging about one death for every 100 million miles of vehicular travel over the past decade, it will be difficult to reduce fatalities even more. But those efforts remain underway through better vehicle design and implementing new safety features to reduce accidents and fatalities. The following innovations helped to get us where we are now.

There was a time when seat belts were either options or unavailable. If you were rear-ended while driving, a low seatback increased the odds of breaking your neck. Airbags did not become common until the 1980s.

Seat belts eventually became the norm, but many vehicles offered only lap belts. That still made it possible for your upper body to travel forward and strike the steering wheel, dash, or windshield.

A heavy blow to the chest could kill you quickly. The addition of the shoulder strap and three-point seat belt greatly reduced the potential for suffering frontal injuries in accidents.

All vehicles now are equipped with headrests that prevent your neck from snapping backward and suffering a life-threatening spinal fracture. Also, airbags help to cushion any blows.

Crash test dummies demonstrate the effects of various types of collisions at different speeds. The dummies also show how vehicle designs and safety systems could affect drivers and passengers.

Studies using crash test dummies helped to identify the dangerous design of low seatbacks. The dummies demonstrated how human necks could snap during a rear-end collision. Now all seats have headrests.

Similar studies have improved seat belts, airbags, and other safety systems that are standard equipment on modern production cars. The widespread use of crash test dummies has helped to reduce traffic fatalities.

Another safety feature that is built into vehicles came about with the help of crash test dummies. Crumple zones are specially engineered to absorb energy during a collision by crumpling outside of the cabin.

Many current models have crumple zones in the front and rear to absorb energy during a collision. The crumple zones help to prevent or reduce energy transfer to the passenger cabin.

Automakers also can engineer the passenger cabin to be more durable and less prone to suffering damage during accidents. The combination of crumple zones and reinforced cabins help to make accidents less severe and more survivable.

Drum brakes were the norm on most vehicles during the 1960s and into the 1970s. Disc brakes are much more efficient and became standard equipment in the 1980s.

Today, virtually all vehicles are equipped with disc brakes on all four wheels. That gives today’s vehicles far superior stopping power and control over vehicles that were built 60 years ago.

Anti-locking brake systems (ABS) also help to make stopping your vehicle safer and more controlled. Instead of slamming on the brakes and losing control during a panic stop, the ABS brakes prevent the wheels from locking up.

Because ABS brakes do not lock up, they help drivers to maintain controlled emergency stops. ABS brakes also help to prevent wheels from losing traction while on ice or other slick road surfaces.

A variety of technologies are helping to make the family car a much safer mode of personal transportation. Electronic traction and stability control systems help you to maintain better control of your vehicle in all kinds of driving conditions.

Electronic control systems monitor the wheels and reduce power when one or more tires lose traction and start to spin. Stability control systems can adjust the suspension when vehicles tilt too far in one direction or another.

Technology is making it possible for vehicles to warn drivers of imminent dangers while traveling and actively prevent accidents. Radar, sonar, and video cameras can help vehicles to monitor blind spots and stop you from cutting off another vehicle.

Adaptive cruise control tracks objects in front of the vehicle and adjusts vehicle speed to maintain a safe following distance. Some systems even provide drivers with automated braking if a collision is imminent.

Rearview cameras can help you to hook up a trailer. They also can help you to avoid backing into a pedestrian or another vehicle while you are pulling out of a parking spot.

The federal government created NHTSA in 1970. NHTSA is tasked with studying vehicle safety and makes recommendations that improve safety on over-the-road transportation systems.

Safety was not always an important factor in car manufacturing. NHTSA created its five-star safety rating system for vehicles to help promote safety improvements for all types of vehicles.

The five-star rating system gauges factors such as front-end collisions, side collisions, rear-end collisions, and rollovers for every vehicle sold to consumers in the United States. NHTSA annually ranks vehicles from best to worst and publishes them for the benefit of consumers.

Obtaining a five-star safety rating from NHTSA can boost a vehicle’s popularity. A five-star rating also helps carmakers to market their respective brands.

The NHTSA rating system helps consumers to buy vehicles that are increasingly safe to operate on public roads. The focus on safety is helping to keep the national road fatality rate low despite the rising numbers of drivers and vehicles.

NHTSA also informs consumers of factory-issued recalls for defective equipment on vehicles. Many times, NHTSA issues recalls for vehicles when it receives common complaints from consumers.

If NHTSA receives several complaints from consumers regarding the same issue with a vehicle, the federal agency will investigate. If it determines the complaints have merit, NHTSA can force carmakers to recall faulty vehicles and fix them at no cost to consumers.

NHTSA issues recalls for equipment, such as tires or brakes, that is subject to potential failure and could make travel dangerous.

NHTSA studied complaints of people dying in fires when some Ford Pintos were rear-ended in traffic. The fuel tank was in an exposed position that made it prone to rupturing if struck from behind.

The Pinto fuel tank recall is just an example of the countless vehicle recalls that NHTSA makes happen. With federal oversight on vehicle safety and manufacturers continually improving safety systems, it might be possible to resume lowering the nation’s fatality rate among drivers.

Through better designs and improved safety systems, cars are indeed safer than they were 60 years ago. However, accidents still happen. If you or a loved one has been injured in a car accident, reach out to the Baltimore car accident lawyers at LeViness, Tolzman & Hamilton. Our experienced team will investigate the cause of the accident and fight for you to secure the compensation for which you are entitled. Call us today at 800-547-4LAW (4529) or contact us online to schedule a free consultation.